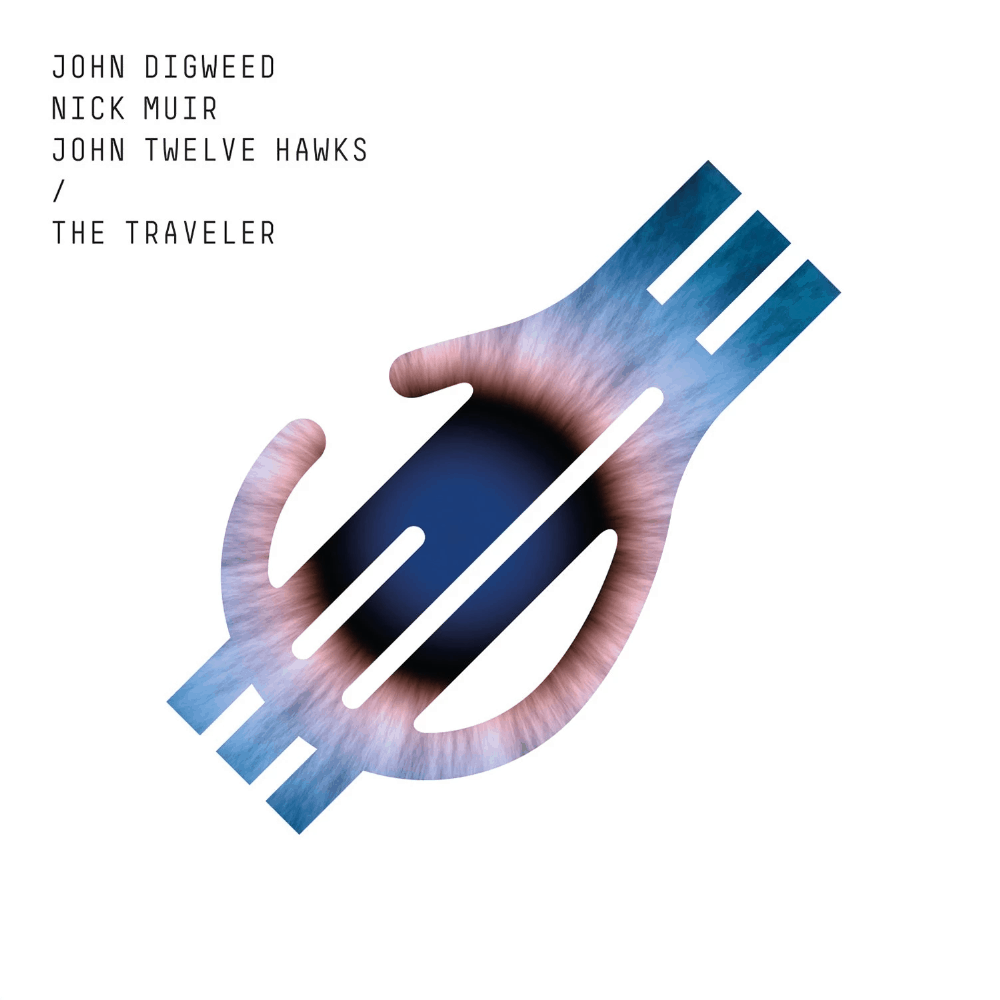 John Digweed & Nick Muir Ft. John Twelve Hawks - The Traveler - CD See below for shipping information John Digweed and Nick Muir's partnership has been one of electronic music's most fruitful pairings, leaving a body of work that’s seen them become one of the world’s most highly regarded production duos. While science fiction and electronic music have intertwined at numerous points since the emergence of the genre – from Jeff Mills to Global Communication and beyond - together with bestselling author, John Twelve Hawks, Digweed & Muir have taken the relationship into new territory and the album, ‘The Traveler’, is the result of this symbiotic connection. Hawks wrote his trilogy of ‘The Traveler’ novels while listening to Digweed’s mix albums and weekly radio show, Transitions.

After contacting the UK DJ and producer and an exchange that crossed several years (for reasons John outlines below), they agreed to work together to bring Hawks works to life via a collaborative album, and with Hawks as the narrator. The end result saw Hawks travel to the UK in secret, (he lives ‘off the grid’, hiding behind a secret identity due to his beliefs regarding the intrusiveness of the modern state and digital society – themes that are central to his work) and recorded his spoken word contributions to accompany an electronic music soundtrack created by Digweed and Muir. The meeting took place in the “middle of nowhere”, Hawks then disappeared back to whence he came, and the three have had limited contact since. ‘The Traveler’ is a unique and fascinating album, providing a listening experience that exists far beyond the dancefloor – though the track ‘3B3’ will be released as a single including a picture disk format.